Initially built in 1170, Loftus Hall represents an architectural dream. The magnificent Georgian mansion in Fethard on Sea in Ireland’s County Wexford is presently on sale for $2.87 million. Prospective buyers should take more than the 22 bedrooms into account, however namely the local legend that it was once inhabited by the devil. If you’ve got the needed money, the historic mansion can be yours. Beware, ghostly silhouettes allegedly stands in the windows at night.

Imagine this; the wind was howling, as cold rain poured from the skies. It was a dour Irish evening in the 18th-century one that came with a mysterious rapping at the door. The Tottenham family of Loftus Hall didn’t find this unusual, however, as their private shoreline was frequently used by sailors in stormy weather. They offered the man at the door shelter for several days. He befriended his hosts and developed a particular liking to one of their daughters, Anne.

Keen on a bit of socializing and fun, the group sat down to engage in a game of cards. It was then that Anne dropped her ring (or a card by some accounts), she realized their unknown guest didn’t possess human legs but cloven hooves. Anne screamed in abject terror, as the entity they had invited into their home escaped through the ceiling. A loud clap of deafening thunder erupted right after, and a cloud of acrid smoke appeared, leaving the family engulfed by the overpowering scent of sulfur. Anne never recovered from the incident. She went into seclusion in a chamber and died soon after. According to some, particularly visitors to the almost thousand-year-old mansion, her restless spirit still wanders the halls.

Naturally, there is more extensive history than just that. Originally, a Norman knight named Raymond le Gros erected a castle there in 1170. He wanted to assimilate into Irish society, despite having fought to conquer its people. He decided to change his name to Redmond. When the Black Plague inevitably arrived in 1350, his descendants replaced the historic castle with a modern structure, an elegant mansion that became known as Redmond Hall. After passing through the hands of numerous owners during Oliver Cromwell’s violent conquest of the island, the Hall was purchased by an English family named Loftus.

Between 1865 and 1875, the building underwent extensive renovations. Adding to the eerie history of this place, an infant’s remains were found hidden in the walls of the tapestry room during remodeling. That room was where Anne secluded herself after her alleged brush with the devil. Some have theorized the legend was fabricated to hide a scandalous truth. That being Anne was impregnated out of wedlock, potentially by the visitor, and subsequently, allowed her baby to die. In the end, only questions regarding the Loftus Hall legend remain as time itself and the home’s new owners forge ahead.

Current owners Shane and Aidan Quigley purchased Loftus Hall for $800,000 in 2011. Though the lavish mansion appears to have a rather sound foundation and good structure, the two resourceful homeowners decided to give it a proper renovation. The property’s ominous character, however, was actively retained. The 22-bedroom mansion served as a convent and hotel during the 20th century but was in a rather derelict state by the time the Quigleys bought it. The most substantial renovation work consisted of restoring the Italian staircase, stain-glassed skylight, and adding a reception and café area.

With such an endearing story on their hands, the Quigleys opted to use the ominous legend to their distinct advantage. From offering haunted tours throughout the property to overnight programs allowing people to experience the residence for themselves, they’ve put it to lucrative use. Despite all this, the 27,124-square-foot historic property is in dire need of more renovation. Replacing the 97 windows will cost an estimated $400,000. Such a large undertaking, Aiden Quigley’s preference to sell rather than further renovate fairly understandably. Nonetheless, he’s open to some ideas. 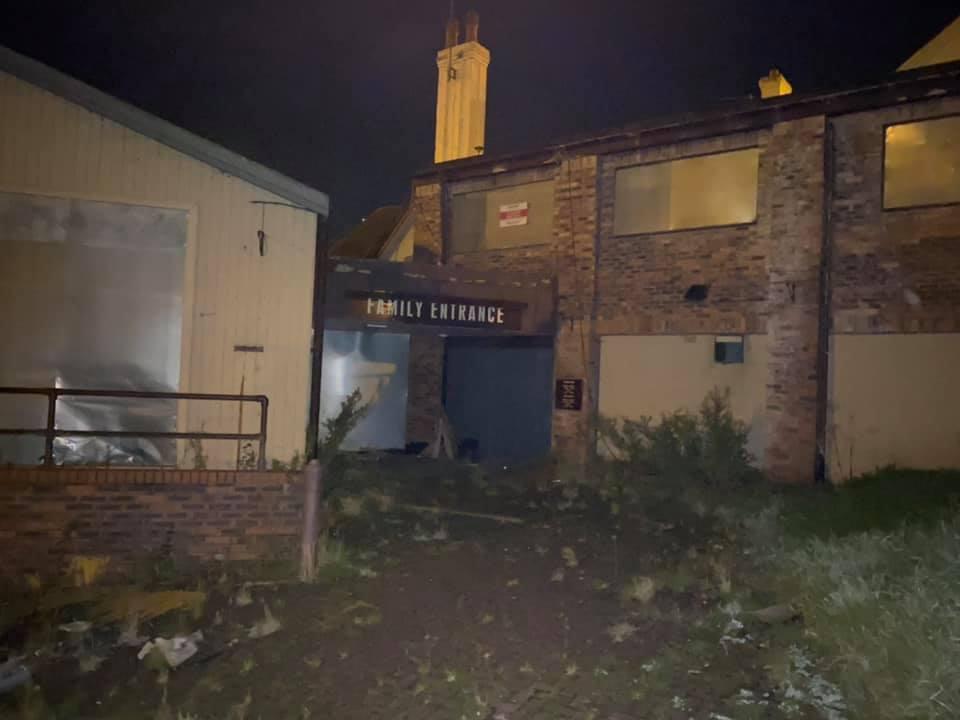